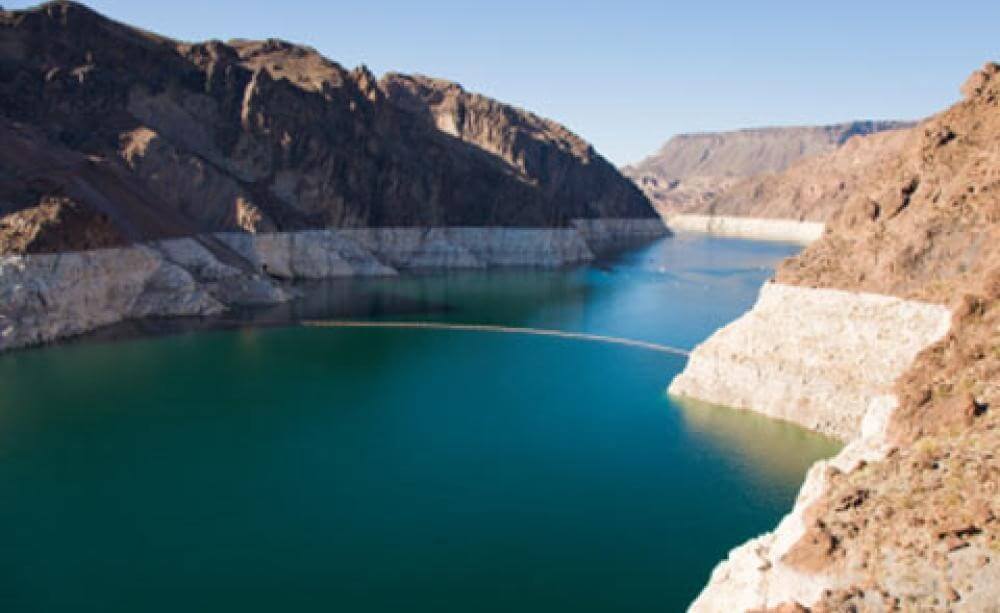 Colorado River is North America's major river that surges from Rocky Mountains in Colorado and channels it's water south to New Mexico. Colorado River, Laughlin, Nevada is highly valued for its wide spectrum of recreational activities such as water skiing, fishing, boating, jet skiing, and refreshing swim. It is found in the north of Laughlin, NV. The Colorado River is crystal clear in the canyons. It is renowned for its legendary white water rapids and Grand Canyon River rafting.

Colorado River has been home to nomadic hunter-gatherers, native Americans, and agricultural civilizations. Its basin has been inhabited for over 10,000 years. It was until the 20th century that major constructions were done along the river. Different U.S states where the River passes through joined together and formed the Law of the River, regulations governing the construction of dams and channels. However, the environmental movement in the American Southwest is against further construction of dams and channels since the activity affects the River’s natural beauty and ecosystem. According to the national geographic, dry cities and farms are sucking the Colorado River and its also being impacted greatly by the climatic changes (Heggie, 2020). The snowcaps on mountains are lessening as the globe becomes warmer.

Can You Swim in Colorado, Laughlin,Nevada?

Yes, you can swim on the Colorado River. Colorado River is currently considered the most contested rivers across the globe, and all its waters are fully allocated. Environmentalists feel that the River should not have any further developments but citizens support adding more dams and channels.

Where Is The Colorado River?

Colorado River is located in the Southwestern United States and the North part of New Mexico. The River benefits and flows through the following states, Colorado, Nevada, Utah, Wyoming, Arizona, California, and New Mexico.The Colorado River serves as a water source for over 40 million U.S citizens, and is known for its vast development that has contributed to it being nicknamed the “Lifeline of the Southwest” (Summitt, 2011).

Where Does the Colorado River Start and End?

Colorado River rises from the Rocky Mountains of the state of Colorado,and flows west and south through the Grand Canyon, Arizona-Nevada border into the Gulf of California in northwestern New Mexico. The whole stretch from Colorado to Mexico is 2,330 kilometers.

Where Does the Colorado River Start?

Where Does the Colorado River End?

How Long Is the Colorado River?

The Colorado River is 1,450 miles, equivalent to 2,330 kilometers (American Rivers, 2019). Colorado River’s over 1000 miles course has cut a deep gorge along the way and so has all the joining rivers in the 7 U.S states. Consequently, the River has created the most dramatic zig zagging Canyons along the way. The catchment area, or the total area drained by the Colorado River is 246,000 square miles equivalent to 637,000 square kilometers. The River cuts through seven states including Wyoming, Colorado, Nevada, California, Utah, Arizona, and New Mexico.

Is the Colorado River in Colorado?

Yes, the Colorado River is in Colorado or the state of Colorado, United States. However, Colorado is just the source of the river, it flows further down through Wyoming, Nevada, Arizona, California, and Utah to New Mexico and becomes more massive and faster as much smaller rivers join its course.

What States Does the Colorado Run Through?

From its source in the Rocky Mountains, the Colorado River runs through seven different states including, Wyoming, Colorado, Nevada, California, Utah, Arizona, and Utah. For 17 miles, or about 27.3 kilometers, the Colorado River creates the international borderline between the state of Arizona and New Mexico.

After a short flow South from the Rockies, Colorado River turns west below Grand Lake, then curves its way through asparsely populated mountainous Western Slope. As the River continues to flow southwest it gets a bit faster and wider as water from several tributaries drain into it. The Colorado River further curves northwest and cuts across the eponymous Colorado Plateau. It is then entrenched further deeper in the Ruby Canyon and enters Utah through the West water Canyon. It flows further southwest through slick rock country and is joined by San Juan River water before it enters Arizona. Colorado River then cuts through the Grand Canyon and widens into Lake Mead formed by Hoover Dam in Nevada. From there, the River turns south into New Mexico.

You might be wondering, are there two Colorado River’s in the United States? Yes, there are two different Colorado River’s. The biggest and most famous one is Colorado River flowing from the Rocky Mountains in the state of Colorado. This one is 1450 miles long and cuts through 7 different states including Colorado, Wyoming, Nevada, California, Utah, Arizona, and Utah.

The name Colorado is believed to be Spanish name for red since the river's water appears reddish. The two Colorado Rivers seems to have been named by two different individuals based on the color of the river then or at some sections.

Colorado River toad is a type of a toad found in Northern Mexico. Also known as Sonoran Desert toad, the Colorado River Toad size ranges from 4.3 to 7.5 inches long making it the largest native toad in the United States. The toad can be found in the lower side of the Colorado River and in the southeastern California, Arizona, and New Mexico. It's found along these regions because it thrives in desert and semi-arid areas. The Colorado cuts through the desert and semi-arid areas, that's why the toad is associated with the River. Colorado River toad has poisonous glands that can cause paralysis on humans or animals. Any animal that consumes or comes into contact with this poisonous gland can suffer paralysis or even die.

Some people are known to use toad venom as a drug. This toad venom is from none other than the Colorado River toad. Those who abuse this venom harvest it from the toad’s glands and then dry it to a paste which is then smoked. They say that when they smoke the venom, they experience a feeling of awareness, connection to a higher power, and they feel reborn (Hudson, 2020). The toad venom is dangerous and when consumed can cause someone to be unaware of the surroundings or to be unable to move (paralysis).

Also, the name Moon River by itself can refer to a pop song composed by Henry Mancini in 1961. The lyrics to the song were written by Johnny Mercer.

Colorado River in Laughlin, Nevada offers vast recreational activities to chose from, including water skiing, jet skiing, swimming, boating, and fishing. When you feel like the quarantine or restricted movement is getting into your nerves as Joey Gilbert Says, get out, visit Colorado River in Laughlin, take a walk, dip into the water, or take a boat ride. If you are looking to spend some time in the Colorado area, you can enjoy the various resorts and motels along the area. Also, you can enjoy a scenic ride or a dinnercruise on a boat or paddlewheel steamship, and if you love fishing you sure can have some good time here. Laughlin Nevada also offers some amazing views of the River from restaurants and resorts such as the Bubba Gump Shrimp Co at the Golden Nugget Laughlin, and the Aquarius' resort pool. Colorado River Laughlin also has scuba diving. Lake Mohave, a Colorado River reservoir in Laughlin offers 200 miles shoreline with coves and secluded areas perfect for scuba diving.

Ruby Mountains
Ruby Mountains are mountain ranges and part of a group of metamorphic and igneous rocks that were once buried deep within the Earth’s crust. Ruby Mountain near Elko, Nevada was formed about 540 million years ago based on the age of the rocks forming the mountain. Ruby Mountains reach an elevation of 11,387 feet.
Clark County Wetlands Park
Clark County Wetlands Park is the largest park in Clark County spanning 2,900 acres along the Las Vegas Wash. Clark County Wetlands Park has two sections, one is a 210-acre wetlands nature preserve with over 3miles of flat paved trails passing through desert vegetation, cottonwood grove,
Spooner Lake
Spooner Lake Tahoe has an extensive recreational and natural oasis, the Spooner Back Country. The Back Country is surrounded by more than 12,000 acres of forest. It has a 5-mile hiking, mountain biking, and equestrian trails.
Peppermill Concert Hall
Peppermill Concert Hall is a hotel, casino, and a contemporary concert venue in Wendover, Nevada. Peppermill Concert Hall hosts concerts for a wide range of genres and showcases popular performers and comedians. The hall’s total worth is $21 million and it has a 1000-seat capacity
Ghost Town
A ghost town refers to a deserted or abandoned city, town, or village with some remaining buildings and infrastructure. Most ghost towns in the state of Nevada started of as mining boomtowns but were later abandoned when the mining business declined
The Hanging Tree
The Hanging Tree is an infamous tree where Adam Uber was hung. The story goes that in 1987, a crime occurred in Genoa, Nevada and it ended up with one man dead and the other hung on a tree. It started as a