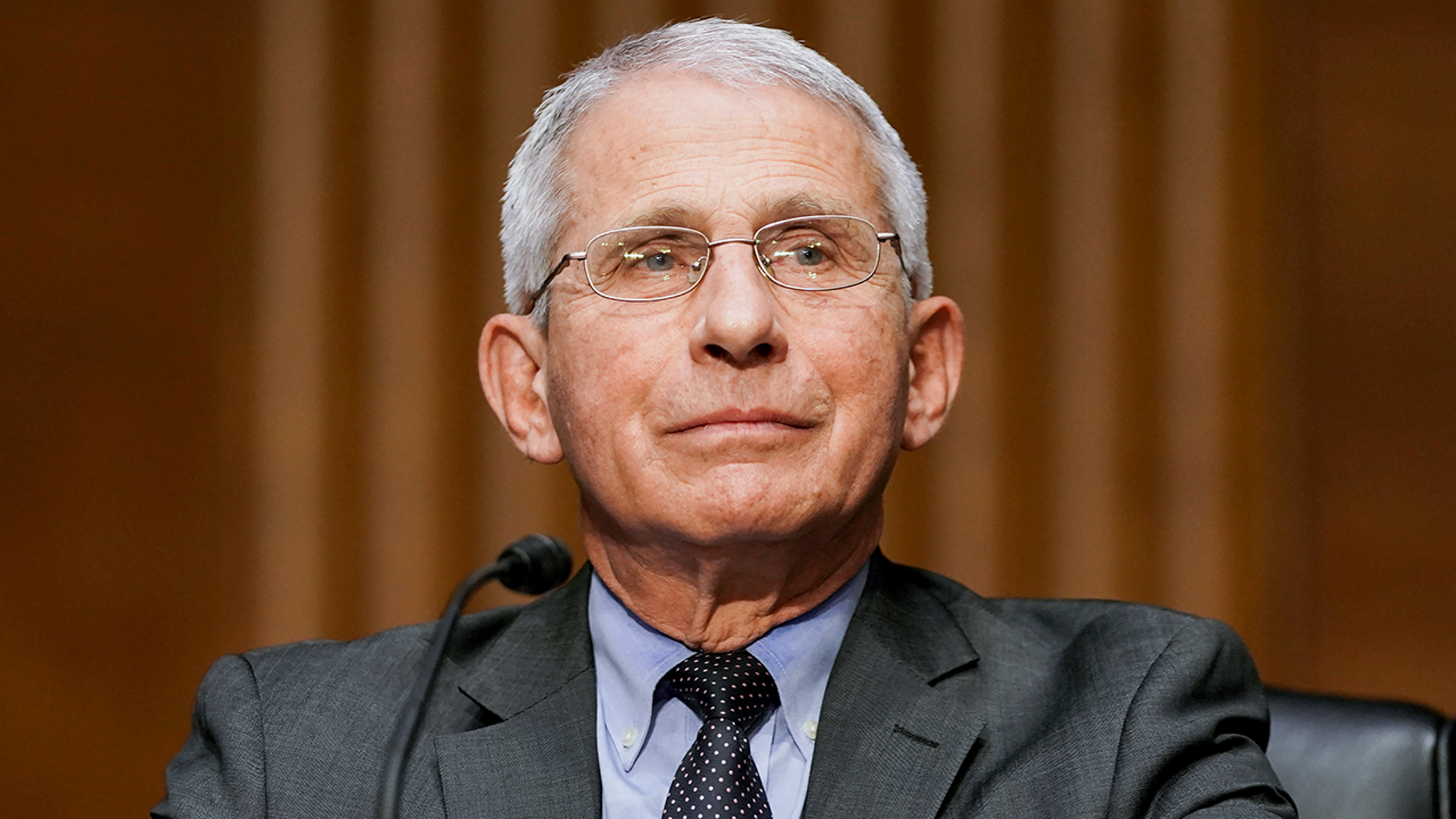 A trove of recently released emails to and from top government epidemiologist Anthony Fauci is sparking fierce backlash against him from some Republicans, particularly among those who are harshly critical of his comments on mask-wearing, the potential that the coronavirus leaked from a lab the U.S. gave money to, and more.

The emails were obtained first by BuzzFeed via a Freedom of Information Act request.

"It seems like he was very troubled early on that there was gain of function. He's like ‘What, is gain of function still going on? I thought we paused it.' He seemed unclear about whether or not the gain-of-function research, how it got started again in Wuhan," Paul said on the "Tom Roten Morning Show" Wednesday. "And I think he was very concerned – although he doesn't say it in the email – concerned that he continued to fund it through NIH even though there weren't doing gain of function."

"This is the thing that once people know this, this is explosive – that he knew about the gain of function and he's trying to cover it up," Paul added.

Dr. Anthony Fauci, director of the National Institute of Allergy and Infectious Diseases, testifies during a Senate Health, Education, Labor, and Pensions hearing to examine an update from Federal officials on efforts to combat COVID-19, Tuesday, May 11, 2021 on Capitol Hill in Washington. (Jim Lo Scalzo/Pool via AP) (AP)

Paul was referencing one email exchange between Fauci and his deputy, Hugh Auchincloss.

"Hugh: It is essential that we speak this AM. Keep your cell phone on. I have a conference call at 7:45 AM with Azar. It likely will be over at 8:45 AM. Read this paper as well as the e-mail that I will forward to you now. You will have tasks today that must be done," Fauci wrote in one of the emails BuzzFeed obtained and published.

"The paper you sent me says the experiments were performed before the gain of function pause but have since been reviewed and approved by NIH," Auchincloss said in an email to Fauci. "Not sure what that means since Emily is sure that no Coronavirus work has gone through the P3 framework. She will try to determine if we have any distant ties to this work abroad."

"There's also these email exchanges with this guy Peter Daszak, who was the actual funder," Paul continued.

Fauci defended the grant in a recent congressional hearing, saying its purpose "was to study the animal-human interface, to do surveillance and to determine if these bat viruses were even capable of" infecting humans.

Fauci also cited comments from Francis Collins, the director of NIH, who said earlier in the hearing that the American taxpayer money that went to the Wuhan Institute of Virology was not approved to conduct gain of function research, which is research that involves modifying a virus to make it more infectious among humans.

Nevertheless, Collins said the NIH would not be aware of other activities at the Wuhan Institute of Virology.

"When they call for an investigation, who do they put in charge of it but this Peter Daszak, who's buddies with Fauci, who's thanking him privately in emails for covering up the Wuhan leak. So it's all so incestuous," Paul added.

In one email released by BuzzFeed, Daszak thanked Fauci for pouring cold water on the lab leak theory. Daszak was a member of a World Health Organization team that visited the Wuhan Institute of Virology as part of an investigation earlier this year into the virus' origins that's been widely panned as lacking transparency, even by the White House.

"I just wanted to say a personal thank you on behalf of our staff and collaborators, for publicly standing up and stating that the scientific evidence supports a natural origin for COVID-19 from a bat-to-human spillover, not a lab release from the Wuhan Institute of Virology," Daszak said in an email. Fauci replied: "Many thanks for your kind note."

Fauci said in a briefing the previous evening that the virus was "totally consistent with a jump of a species from an animal to a human."

"These emails show that Dr. Fauci coordinated with one of the Wuhan Lab's funders to cover-up the plausible notion that the virus could have come from inside the lab. Dr. Fauci needs to stop playing games and answer questions about his role in funding the very lab that may have unleashed this pandemic on the world," Sen. Tom Cotton, R-Ark., said in a statement to Fox News.

NIAID did not respond to a request for comment regarding the emails.

In another email obtained by BuzzFeed, Fauci was warned as early as Jan. 31 by another infectious disease expert named Kristian G. Andersen about the possibility that the virus could have leaked from a lab and been artificially altered. Andersen said in an email to Fauci that when looking "really closely" at the COVID-19 virus, "some of the features (potentially) look engineered."

Peter Daszak (R), Thea Fischer (L) and other members of the World Health Organization (WHO) team investigating the origins of the COVID-19 coronavirus, arrive at the Wuhan Institute of Virology in Wuhan in China's central Hubei province on Feb. 3, 2021. (Photo by HECTOR RETAMAL/AFP via Getty Images) (Getty Images)

Andersen continued to say that he and others "all find the genome inconsistent with expectations from evolutionary theory" but that "those opinions could still change."

Those opinions did in fact change – Andersen recently said that he now thinks the lab leak theory is highly unlikely due to data that he's seen since.

But the emails nevertheless show that Fauci apparently took seriously questions about whether the virus leaked from a lab early in the pandemic before later dismissing the possibility.

And others are moving in the opposite direction. Both President Biden and congressional Republicans say that accumulating intelligence supports at least taking a serious look at the lab leak theory – Biden said as recently as last week that at least some in the U.S. intelligence community believe a lab leak is more likely than animal-to-human transmission.

Fox News reported this in April 2020 and the story was flagged to Fauci in an email from Collins, which was obtained and published by BuzzFeed. The subject of Francis' email was "conspiracy gains momentum." Fauci's response to Collins is redacted.

A handful of other emails from Fauci are also triggering backlash, including comments Fauci made early in the pandemic that were consistent with his public statements against mask-wearing.

One woman who was traveling asked Fauci if she should wear a mask to the airport. Fauci said that she should not.

"Masks are really for infected people to prevent them from spreading infection to people who are not infected rather than protecting uninfected people from acquiring infection. The typical mask you buy in the drug store is not really effective in keeping out virus, which is small enough to pass through the material," he said, in one of the emails obtained by BuzzFeed. "It might, however, provide some slight benefit in keep out gross droplets if someone coughs or sneezes on you. I do not recommend that you wear a mask, particularly since you are going to a vey (sic) low risk location."

Fauci and other public health experts said early in the pandemic that the public should not buy masks so that hospitals could have enough and because there was not conclusive science that they worked for people who were not infected with the virus. The major factor in the changed mask recommendation, former Surgeon General Jerome Adams said, was the percentage of COVID infections that are asymptomatic.

"What has changed in our recommendation?" Adams said in a White House briefing in July. "We now know from recent studies that a significant portion of individuals with coronavirus lack symptoms."

Still, many on the right say the contradictions from Fauci, combined with his comments on the lab leak theory and more, have caused them to lose trust in the NIAID director.

"The #FauciEmails have only made the need to #FireFauci more obvious. Rep. Roy is cosponsoring a bill to do that," the press office for Rep. Chip Roy, R-Texas, tweeted.

Other emails in the trove uncovered by BuzzFeed were more lighthearted, including one in which Fauci was reflecting on the fact that many were sexualizing him and now-scandal-ridden New York Gov. Andrew Cuomo.

"Click on the ‘Cuomo Crush’ and ‘Fauci Fever’ link below. It will blow your mind. Our society is really totally nuts," Fauci wrote in an April 8, 2020, email.

Silverton Casino Hotel
Silverton Casino Hotel or Silverton Casino Las Vegas is a 300-room hotel and casino in Enterprise Nevada. Silverton Casino Hotel Las Vegas is built on an 80-acre land and is considered one of the best locations for a hotel away from The Strip
Nevada Museum of Art
Nevada Museum of Art (NMA) is an art Museum in downtown Reno, Nevada. This is the only American Alliance of Museums accredited art museum in Nevada, and has collection of about 2000 pieces of 19th through 21st-century artwork.
Las Vegas Strip-Las Vegas
The Las Vegas Strip is 4.2 miles or 6.8 km long from the north end to the south end in Russell Road. It is a 45 minutes walk from Mandalay Bay on the south end to the Stratosphere casino and hotel on the north end.
Sahara Las Vegas
Sahara Vegas is a hotel with 1,616 rooms, full-service spa, and three outdoor pools, and a casino. It has three distinct towers namely, Alexandria tower, Marra Tower, and Blanca Tower.
Great Basin National Park
Great Basin National Park Nevada is a recreationalist’s paradise in the state of Nevada. The Great Basin National Park has elevations from 5,000 to 13,000 feet with terrains showered withflowing watercourses, lakes, lone glacier, and bristlecone pine trees.
Casino Fandango
Casino Fandango was opened in July 2003 after the renovation of an 80,000 square feet warehouse. Casino Fandango has a total 42,943 square feet gaming space, movie theater,