I know what's wrong with our schools; so do you. Together we can fix them | Joey Gilbert 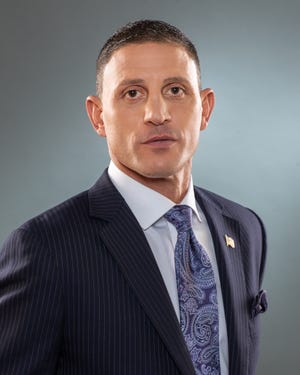 A growing number of local residents are spending much time educating the community about what's wrong with our Washoe County public schools. I'm one of them.

Our group consists of pretty normal folks, just like you. We're parents, grandparents and singles. We're business owners and employees, blue collar and white collar, retirees and full-time workers. We're veterans, native Nevadans and transplants. What do we all have in common?

You don't have to be a weatherman to tell which way the wind's blowing.

Most of our group has no experience as public schoolteachers or administrators, but the problems in our schools are obvious to anyone.  When we question Superintendent Kristen McNeill and School Board President Angela Taylor about the following issues, we're lied to or ignored.

► Why does WCSD keep blaming a lack of funding for our schools' ranking among the worst in the nation? Eight other states fund their students at our rate or less, and all of them outperform us.

► Why do superintendent McNeill and the school board refuse to explain — or even admit — that 65-85% of our 4th and 8th grade students rank at or below the functional illiteracy level on national tests; while 90% of our 12th grade graduates don't qualify to pass college-level classes?

► Why did the superintendent and school board approve a sex education curriculum for the entire community that focuses exclusively on the philosophy of the extreme Left?  It hyper-sexualizes children, and says little or nothing about moral values, marriage, and the law. It virtually ignores the important role of parents and traditional religious values in encouraging responsible sexual behavior.

► Why are McNeill and the Board considering using social studies and English curricula that experts of all colors acknowledge as historically false and distorted? Indoctrinating our children in critical race theory and social justice teachings is educational malpractice. They teach students a racist, divisive, politicized, anti-democracy and anti-law-enforcement perspective of America and its history.

► Why did the superintendent not develop a consistent, fact-based COVID-related plan this year for our schools? It would have prevented the chaos and lost year of learning that resulted.

► Thirty-eight percent of our nation's schools practice some type of drug testing. With drug abuse problems increasing on WCSD campuses, why don't we?

► When funding is scarce, why aren't the superintendent and Board privatizing non-instructional services, like more than one-third of other school districts? The potential savings from this move alone could eliminate their budget deficit.

► Superintendent McNeill identifies two of WCSD's primary goals as "transparency" and a strong relationship with the community. Then why do she and Board President Taylor do everything possible to restrict public attendance and participation at board meetings? Why do they refuse to allow parents, the community, and even elected Board members to make unannounced visits to school campuses?

You and I both know that what's wrong with our schools is a lack of competent leadership.

We both know what needs to be done to fix that problem.

If we commit to fighting together to solve this problem, we will.

Joey Gilbert practices law in Reno and is the father of a school-age daughter. He is a former WBC-USNBC middleweight boxing champion. He welcomes feedback at joeygilbert.com/saveourschools.

Spooner Lake
Spooner Lake Tahoe has an extensive recreational and natural oasis, the Spooner Back Country. The Back Country is surrounded by more than 12,000 acres of forest. It has a 5-mile hiking, mountain biking, and equestrian trails.
Silver Lake, Cold Springs, Nevada
Silver Lake is nestled in a quiet valley just 4.2 miles from ColdSprings, Nevada. It is located under 10 miles from Reno, Nevada.
Sunrise Mountain
Sunrise Mountain is a rocky mountain in Sunrise Manor, Clark County, Nevada. Sunrise Manor is an unincorporated town in Clark County, Nevada just next to Las Vegas and Nellis Air Force Base. Sunrise Mountain has an elevation of 1025m. At the base of Sunrise Mountain is the Vishnu Schist, some of the oldestrocks in North America.
Great Basin National Park
Great Basin National Park Nevada is a recreationalist’s paradise in the state of Nevada. The Great Basin National Park has elevations from 5,000 to 13,000 feet with terrains showered withflowing watercourses, lakes, lone glacier, and bristlecone pine trees.
Sierra Sage Golf Course
Sierra Sage Golf Course is an 18-hole all year-round classic desert layout in Reno, Nevada. Sierra Sage Golf Course was built in 1960 by the U.S Air Force for Stead Air Force Base personnel use
The Hanging Tree
The Hanging Tree is an infamous tree where Adam Uber was hung. The story goes that in 1987, a crime occurred in Genoa, Nevada and it ended up with one man dead and the other hung on a tree. It started as a