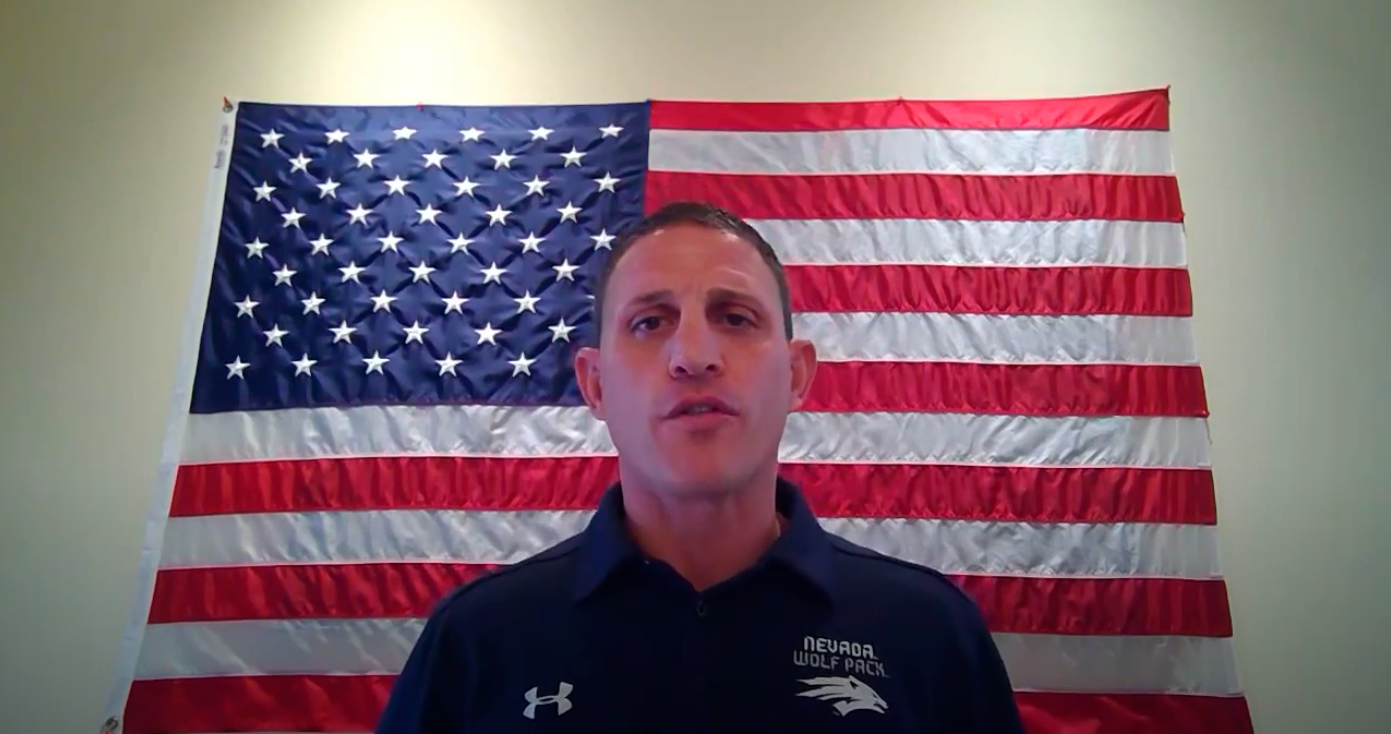 Joey Gilbert here, I’m going to give you a quick coronavirus update. I’ll take a minute here and talk to everybody. We had our governor go on TV a few minutes ago, about an hour ago with his new coronavirus update on what we’re doing here and I think everybody has gotten to a point where it's insane and ridiculous. I mean I feel like I’m beating like a dead horse here. It has been your voices, and the fact that you’ve gotten loud and people have just had it that it has been moving along far more than any science or any data because the governor doesn’t listen to science and data. Of course, unless it fits the narrative.

What I want to talk about real quick is this in the paper this morning. This was on UMC down in Las Vegas. According to the Emerson (2020), one of the largest hospitals recorded a significant drop in Covid19 hospital admissions. The University medical Center (UMC) reported that its inpatient count had dropped by about 73% since late July. The daily high had dropped from 121 to 33. There was also a 90% drop in emergency care covid19 requests since July 2020. So, what are we seeing here if you all remember this couple weeks ago, the governor went on to fake news, MSNBC and then went on CNN with Cuomo? What a joke! And of course, he was in a mask during those interviews. Have you ever wondered why the governor is wearing a mask when he goes on camera and when he in not on camera he has no mask? Doesn’t that seem a little weird, doesn’t it seem like political theatre to you guys? Because it absolutely is and I think we already know there’s too many of us to know, too many contacts to know that the governor is at a private event and at all kinds of things with no mask. But as soon as he goes on camera for all you to see, right back to the mask. It’s a joke!

You ever noticed now that Democrats whole messaging is about wearing a mask, but almost any meeting you go to now with elected officials or not, as soon as they’re out of public eye, the masks are off. They are not wearing a mask, because the masks don’t work and again you can jump on my Facebook and go look at the long post I put out about a week and a half ago. It’s got every scientific data link, story and from what agency. I got it all there to prove the masks are worthless and here’s something for you. Even the CDC just put out recently that they got it wrong, and the particle size and the arrow size, the fact that when the coronavirus gets in the air is not stopped by the mask. And how do we know that? Well, the CDC went out to say that the smoke that all over Nevada, that the mask doesn’t protect you from the smoke, from the particle size. Well guess what’s about 50 times smaller than the smoke particle size? The corona virus. And I guess that would be funny too guys if anybody was in an elevator and someone you know broke wind and you had your mask on. Would you smell it? You would. The masks don’t work, they’re complete garbage, they are nonsense, it’s a joke, and needs to end.

First and foremost, we had the rallies, remember how governor Sisolak went on to talk about the rallies that Trump was spreading mass death. Well, today his excellency went on to say that there was one known infection from the Trump rallies because of the contact tracing. How difficult it is if people don’t report they’ve been able to isolate one to the rally. I was out at the rally, there were over 30,000 people, hugging, clapping, shaking hands, and there was no spike in hospital admissions. And again, guys don’t fall for the trick. The pie in sky infections. It really would be like running around now jumping up and down and screaming every time someone gets diagnosed with the flu. According to the CDC for people all the way up to 70 years and older, it’s not even as deadly as the flu or common cold. So, we’ve shut down our state. We’ve ruined our economy over something that we know now is not that dangerous, we know who to protect, we know how to protect them, and we know how to treat them and in front of them. So again, I’m here real quick to say to everybody I put on my Facebook. I hope you’ll do it, the governor just said that we’re going to this October 1st. We are going to start easing the coronavirus restrictions. But I’m saying this, by October 10th we open this state up 100%. Full capacity, and why do I say that? I say that because here up in Washoe county, they say that we’re are surging. Well, so we got 1300 active cases, we had 87 new cases, 52 recoveries, and a total of 159 deaths all from the nursing homes that I told king Sisolak to protect way back in March when he was busy outlawing, banning hydroxychloroquine still the most effective treatment to date. That’s when we would have shut down all those debts, but it’s kind of weird now that we are going backwards. Again, 15 days to slow the spread, it has now been 6 months. I say that only because South Korea, they use the exact regimen that we are now seeing doctors across the United States use. And in South Korea, they have 401 deaths. What did they use? They used the treatment I have been talking about since March.

Spooner Lake
Spooner Lake Tahoe has an extensive recreational and natural oasis, the Spooner Back Country. The Back Country is surrounded by more than 12,000 acres of forest. It has a 5-mile hiking, mountain biking, and equestrian trails.
Sunrise Mountain
Sunrise Mountain is a rocky mountain in Sunrise Manor, Clark County, Nevada. Sunrise Manor is an unincorporated town in Clark County, Nevada just next to Las Vegas and Nellis Air Force Base. Sunrise Mountain has an elevation of 1025m. At the base of Sunrise Mountain is the Vishnu Schist, some of the oldestrocks in North America.
Silverton Casino Hotel
Silverton Casino Hotel or Silverton Casino Las Vegas is a 300-room hotel and casino in Enterprise Nevada. Silverton Casino Hotel Las Vegas is built on an 80-acre land and is considered one of the best locations for a hotel away from The Strip
Liberace Museum Collection
Liberace Museum Collection was a private museum collection owned by Liberace Foundation. The Liberace Foundation was founded in 1976 by Liberace himself. Władziu Valentino Liberace is a famous American pianist, singer, and actor born in May 16, 1919 and died in 1987
Fremont Street Experience
The centerpiece of Fremont Street Experience is Viva Vision, world’s largest video screen. Viva Vision is 1,375 feet long and is suspended 90 feet above the pedestrian mall. It has a total 49.3 million LED lights and a 600,000-watt sound system.
Las Vegas Strip-Las Vegas
The Las Vegas Strip is 4.2 miles or 6.8 km long from the north end to the south end in Russell Road. It is a 45 minutes walk from Mandalay Bay on the south end to the Stratosphere casino and hotel on the north end.