Lives Are at Stake and Not from Coronavirus! 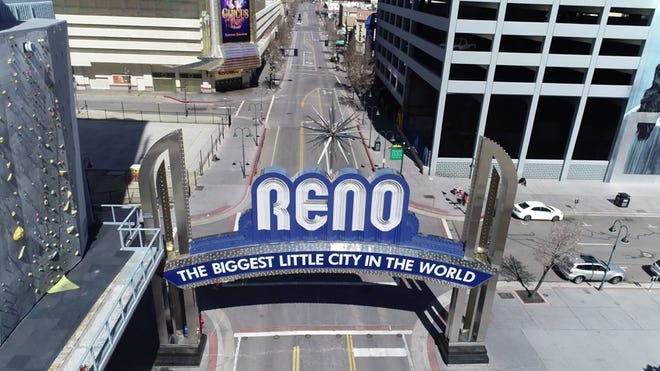 If you’ve had enough of this nonsense, if you’ve had enough of this Covid BS, if you are done with the insane idea of defunding police and the crime and murder of our big city and our big cities, if you want law and order and you love our law enforcement and the safety they provide, then talk to everyone you know and get loud about what’s happening in this state and in this country. And I want to say this about voting. Vote in person. Don’t you dare take the risk, and think there’s a greater risk at the polls of getting sick, come on now. Even Dr Fauchi and Dr Burke said we can vote in person safely.

We just had our governor go on MSNBC of course, you know you can’t get more biased and political than that and he called our president disgusting, reckless, and arrogant. And darn, if I didn’t think we were talking about Steve Sisolak down in Vegas in a restaurant with no mask listening to live music and all of a sudden you can’t be somewhere by your own volition and your own decision and go to a protest right? You don’t wear a mask to the restaurant in Vegas where you’re listening to live entertainment but you wear a mask on camera with MSBNC news in your office in Carson City and its not politics, it’s not showmanship, it’s not just political theater because I think it is governor. Think what you’ve done is despicable and you my friend are a complete joke. You’re a joke. You want to know why you are a joke, because at the end of the day, have you seen those pool parties in Vegas?

There’s no longer an emergency. So, why are we here, why is the state still locked down. Why are they still playing the games with the kids? and again I want to remind everybody. There’s not one documented transmission of student to teacher infection in the modern world, in Europe, and everywhere where the schools have been open since May. Lastly, I want to say something really important from a medical perspective. This is from the chief medical doctor in Ireland and I’m just going here because they are about three months ahead of us and you think that the governor is using the best medical science. He’d be referencing stuff like this, but he’s not, instead, he’s hiding behind positive test numbers, which he knows don’t mean jack. Lives are at stake and it’s not anymore from the coronavirus, it’s lives from everything else but the coronavirus.

Silver Lake, Cold Springs, Nevada
Silver Lake is nestled in a quiet valley just 4.2 miles from ColdSprings, Nevada. It is located under 10 miles from Reno, Nevada.
The Hanging Tree
The Hanging Tree is an infamous tree where Adam Uber was hung. The story goes that in 1987, a crime occurred in Genoa, Nevada and it ended up with one man dead and the other hung on a tree. It started as a
Ruby Mountains
Ruby Mountains are mountain ranges and part of a group of metamorphic and igneous rocks that were once buried deep within the Earth’s crust. Ruby Mountain near Elko, Nevada was formed about 540 million years ago based on the age of the rocks forming the mountain. Ruby Mountains reach an elevation of 11,387 feet.
Silverton Casino Hotel
Silverton Casino Hotel or Silverton Casino Las Vegas is a 300-room hotel and casino in Enterprise Nevada. Silverton Casino Hotel Las Vegas is built on an 80-acre land and is considered one of the best locations for a hotel away from The Strip
Spring Creek Marina Park
Spring Creek Marina Park is a park surrounding the beautiful Spring Creek Lake. The Marina Park is 8-acres surrounding 32-acre Spring Creek fed lake.
Las Vegas Strip-Las Vegas
The Las Vegas Strip is 4.2 miles or 6.8 km long from the north end to the south end in Russell Road. It is a 45 minutes walk from Mandalay Bay on the south end to the Stratosphere casino and hotel on the north end.